In the Startup Heatmap Europe annual report, which compares European startup hubs, Tallinn is ranked high this year in sixth place. Compared to 2021, the position has improved by three places. 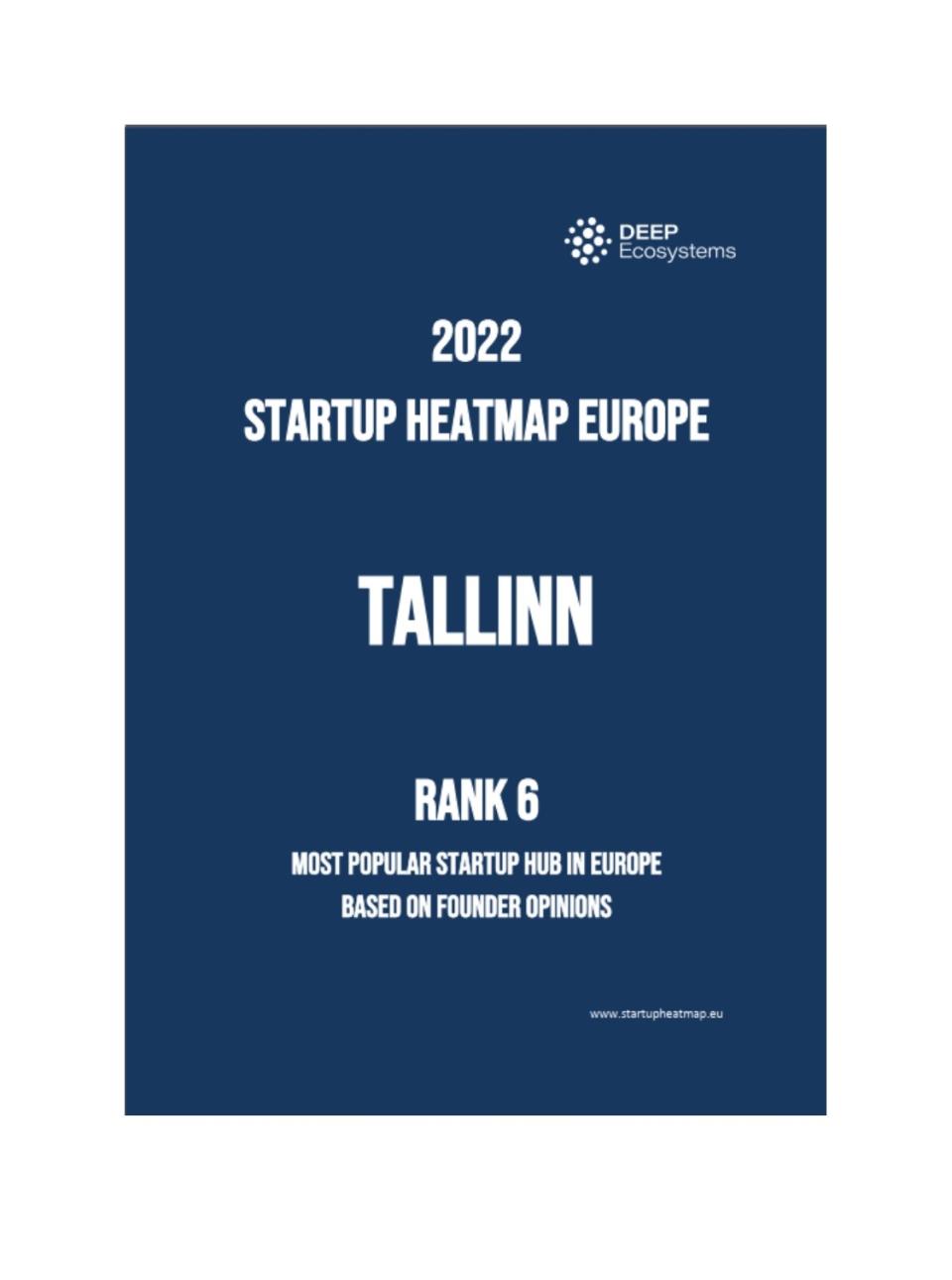 The results of the survey startupheatmap.eu/best-startup-cities/ are based on the assessments of the founders of more than 1,300 start-ups from different countries. In addition, the report takes into account investments, job creation, community events and the international involvement of the local ecosystem. According to this year's report, the most popular start-up cities in Europe are Berlin, London, Barcelona, ​​Lisbon and Amsterdam. Compared to the 9th place in 2021, Tallinn has passed Paris, Munich and Zurich.
In the case of Tallinn, the founders of start-up companies who participated in the study highly rated the ease of starting and running a business. As a positive aspect, the report also pointed out that 26 percent of the founders of start-up companies registered in Tallinn are female, which is significantly different from the European average (17 percent).
The last three years have been successful for Tallinn start-ups, the average investment volume has increased by 365%, and the volume of early-stage investments has increased by 70% per year during the same period. Record-breaking investments mean the growth of companies, new jobs and higher taxes for the state, and are also a quality mark of the region.

See also the video in Estonian