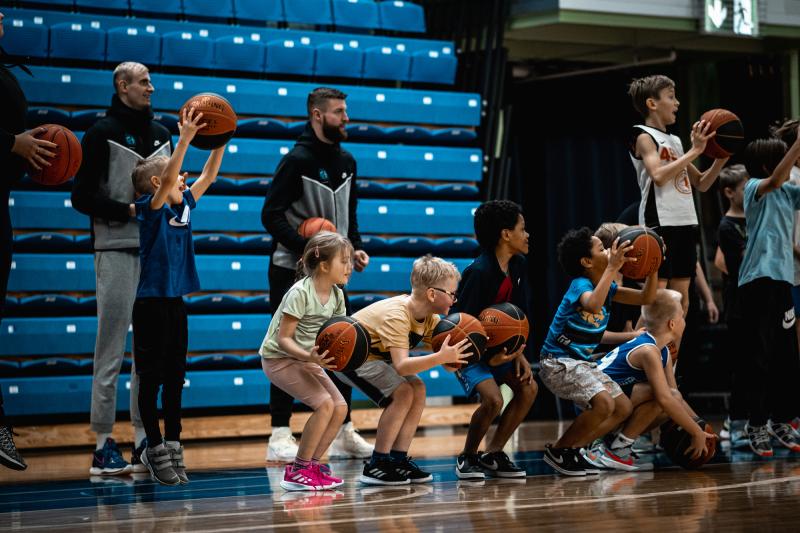 Mayor Mihhail Kõlvart, who initiated the Sports Morning tradition, said that the Sports Morning offered many positive emotions. "It was a pleasure to lead a training session and to give people energy for the day together with other athletes," said Kõlvart.

The largest number of participants of 210 athletes, took part in the invigorating morning gymnastics session at the Lasnamäe Athletics Hall, led by Mayor Mihhail Kõlvart. The general physical training session at Sõle Sports Centre, led by Ott Kiivika, attracted 85 sports enthusiasts, while 70 residents took part in the Kalev Sports Hall training session with the BC Kalev/Cramo basketball team. In total, 583 people attended the Sports Morning. A total of 218 winter swimmers took part, almost half of whom were trying out the winter swim for the first time. Participants were rewarded with free access to fitness centers until the end of the year.

92 educational establishments, including 71 kindergartens and 22 schools, took part in the "Sports Minute" challenge. Each class of pupils or kindergarten group had to perform a set of exercises together for about a minute during the Sports Morning, which was then photographed by a school or kindergarten staff member and sent to the competition organizers. A total of 331 photos were sent in, of which 221 came from kindergartens and 110 from schools. Free entry tickets to the Tondiraba Ice Hall were given to the kindergartens and schools.

First held in 2015, the Sports Morning now invites residents to get active every November. The aim of Sports Morning is to remind people that moderate physical activity is important all year round, and that there are plenty of opportunities to do it even during the winter months.