The changeable weather, with varying degrees of plus and minus, brings with it the risk of slippery conditions as well as dangerous icy patches, so property owners need to monitor the amount of snow on their roofs, remove snow and dangerous icy patches, and provide de-icing in the area around their property. 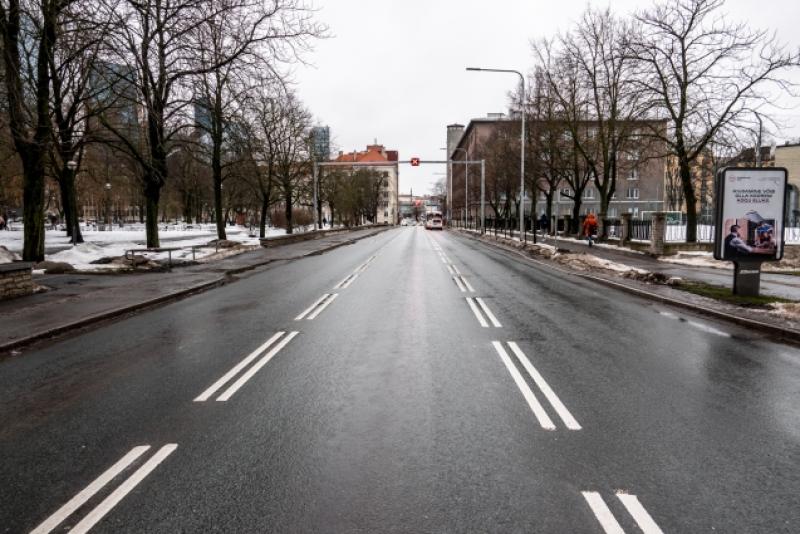 "The alternation of minus and plus degrees creates dangerous icy patches on buildings and makes snow on roofs heavy and dangerous for people on the street. The pavements can become very slippery," said Tarmo Sulg, Deputy Head of Tallinn Environment and Municipal Department. "Therefore, property or building owners should monitor the condition of the pavement between their property and the road and ensure that it is de-slippery. They must also take care to remove snow and dangerous ice from roofs, taking into account current safety requirements."

Granite pebbles with a grain diameter of 2 to 6 mm may be used for pavement de-slippage, but ash, sand or chlorides are not allowed. For its part, the city distributes granite aggregate free of charge to housing associations and owners of private houses, information on which can be obtained from the district authorities. According to the Tallinn Public Order Code, property owners have the possibility to order snow and de-icing services from the city in their own cleaning area. You can sign a contract with the Environment and Municipal Department if the pavement to be cleared is on a main road with public transport, or with your district council if it is adjacent to the pavement of an inner-borough street.

As warm temperatures increase the amount of loose snow on footpaths and cycle paths, snow clearance will continue until the loose snow has been shoveled. The 286 most frequented public transport stops in the city have containers where people can take out slush control equipment on the spot if needed.