Fall-winter culture projects get nearly €70,000 of support from the city

The City of Tallinn is providing €68,480 to 14 ventures as part of this year’s last round of grants for cultural non-profit activities. 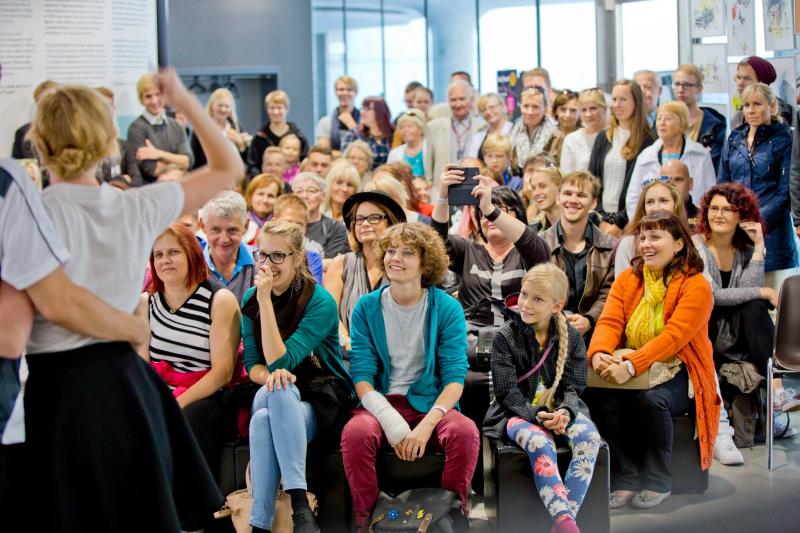 Applicants for the grants included projects that aim to enrich the cultural life of the city, support creative work, promote traditional culture and stimulate community activities. The projects were evaluated by a committee that analysed the wider impact of the projects on the cultural life of Tallinn and their accessibility to the residents of the city. Their evaluation is based on the Procedure for Allocating Grants for Non-Profit Activities in Tallinn and the Tallinn 2035 Development Strategy.

According to Head of the Committee Marje Tõemäe, Head of the Culture Division of the Tallinn Culture and Sports Department, the selection of projects was very diverse and most cultural sectors were represented. “The projects are looking for ways to relate with what’s going on in society and to reach an audience,” Tõemäe commented.
The committee approved 14 applications out of a total of 19.
Among others, the following cultural projects received grants:

XVII Tallinn Design Festival DISAINIÖÖ - the biggest design convention in Estonia, Tallinn Design Festival DISAINIÖÖ, took place for the 17th time on 19-25 September 2022. The main focuses of the festival were sustainability and green design. The original aims of raising design awareness and promoting Estonian design have been met. The event has grown from a festival lasting a couple days to a week-long convention with over 12,000 visitors. The programme features interesting events for all target audiences, from families with children to professionals.

120th anniversary concert for Ullo Toomi by the Estonian Folk Dance Association - The Estonian Folk Dance Association, consisting of 12 folk dance groups from across Estonia, in cooperation with the Tallinn University Symphony Orchestra is organising a concert dedicated to the 120th anniversary of the birth of Estonian folk dance leader Ullo Toomi. The concert will be taking place on 12 November 2022 at the Alexela Concert hall. The concert is one of several events held for the grand celebration of the Toomi year.

NGO Must Käsi’s project “David Lynch Retrospective and Püha Sõprus in Cinema Sõprus” - Every week from September to the end of December, Püha Sõprus will be bringing classics to the big screen, increasing the accessibility of classic films in a traditional environment, filling an important film education role for younger audiences and encouraging people to visit cinemas again after the pandemic. The programme features a diverse range of films from costume dramas and horror to grand musicals.

Contemporary Art Museum of Estonia’s project “The Pains and Pleasures of Video Games: Conveying the Effects of Digital Games” - The exhibition by Marco Laimre is motivated by problems in current popular digital games and augmented reality. Five artists explore the experience of gaming and possible dystopian scenarios in a museum context. Between 28 October-18 December 2022, there will be four public thematic discussion nights (4 performers each + moderator), educational programmes for students (primary and secondary school) and special tours for adults. The tours and educational programmes are conducted in Estonian, Russian and English as well as Ukrainian, if necessary.

Applications for grants for non-profit activities in Tallinn are opened four times per year. The next deadlines for submitting project applications will be published 28 calendar days before the final deadline at the latest. The Procedure for Allocating Grants for Non-Profit Activities and the additional conditions for allocating grants are available on the Tallinn website.

The application and subsequent declaration of action and expenditure is submitted through the self-service.