Have your say on the future Klindi Park! 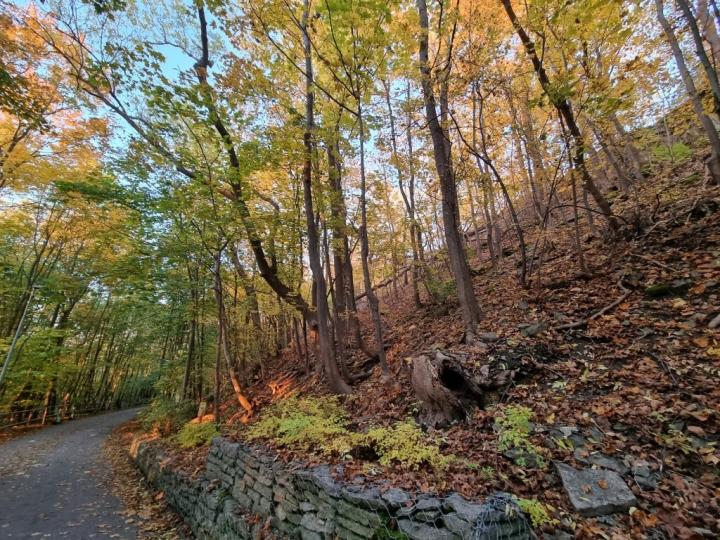 Tallinn has set a target to create an uninterrupted park area of almost nine kilometres on the edge of the cliffs bordering Lasnamäe, Kesklinn and Pirita. A call for ideas is currently underway, so local residents and other interested parties can contribute their ideas to the future of the klint area. Ideas received so far emphasise safety and accessibility.

At the heart of the Klindi Park idea is the preservation and enhancement of the existing natural habitat. Intervention in the design of the klint area will be minimal, but it will provide safe access for citizens on foot and by bike, and will create leisure areas to admire breathtaking sea views. To this end, in addition to professionals, the city will actively involve local people, who can offer important ideas and exciting perspectives.

The route of the planned cliff-top park will start at Tartu road and follow Lasnamäe street until Pallasti bridge, then continue along Valge street until Narva road. The main part of the klint park, however, is the Suhkrumäe limestone cliff starting from Mäe Street, which also plays an important role in the cultural history of the area: the limestone of Lasnamäe has been quarried from the fractures there and used in the walls of buildings and fortresses since ancient times. The route of the planned park continues along the slope of the Narva highway and ends in the Pirita river valley.

Proposals are invited for a two-month period, until 22 January 2022. You can submit your ideas in Estonian, Russian or English via the interactive Maptionnaire app, the online form or by sending them by post to the Lasnamäe district administration (Pallasti 54, Tallinn 11413). See also: /eng/klindipark/.