Tallinn Mayor Mihhail Kõlvart completed his visit to Lviv, Ukraine at the invitation of Mayor Andrei Sadovy, to meet with city government and to learn about the situation of refugees. In the coming days, a humanitarian aid shipment from Tallinn will also be sent to Lviv. 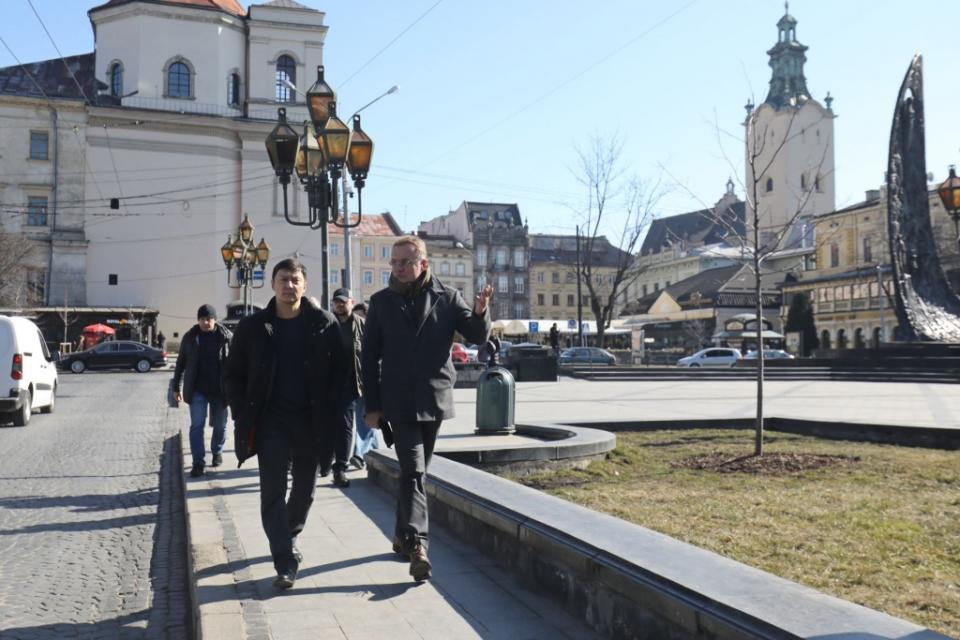 "At the moment, Ukrainian city leaders need humanitarian aid to cope with the influx of refugees, but they also need moral support from their European counterparts," said Mayor Mihhail Kõlvart. "We are sending to the City of Lviv what the city's remaining residents and the 200,000 refugees are most in need of: food and hygiene items," he added. "We agreed with the Mayor of Lviv that after the war we will further develop the existing cultural and business relations between the two cities."

Kõlvart also visited the refugee reception centre in Lviv's Shevchenko district, the Lviv hospital and the temporary shelter for refugees at the Les Kurbas theatre. "Leaving your home in a war situation is a huge tragedy for people, but it is clear that the local municipal authorities are doing everything to receive people, to provide temporary accommodation and the necessary first aid. This is also the way refugees are received in Tallinn," said Kõlvart.

On 15 March, Tallinn sent a trailer truck of food items and basic necessities for the people of Kyiv. The consignment is being delivered to Kyiv by a Ukrainian driver, who claimed to stay in Kyiv to defend his country after the delivery. The shipment contained a total of more than 50,000 items of food supplies and essentials, including dry goods, canned soups, canned meat and fish, sweets, powdered milk, hygiene products, nappies and drinking water. The Tallinn consignment focused primarily on groceries, and was assembled so that the goods are non-perishable and quick to assemble. Tallinn and Kyiv are partner cities. Tallinn decided to send humanitarian aid to Kyiv and Odessa at a City Council meeting on 9 March.