New Year's Eve fireworks to be organised across Tallinn

For the second year in a row, Tallinn will organise New Year's Eve fireworks displays in several different locations to make them as dispersed and safe as possible. The Tallinn City Government and the Estonian Society for the Protection of Animals jointly invite Tallinners to forgo personal fireworks and take part in the controlled fire shows organised by the city. 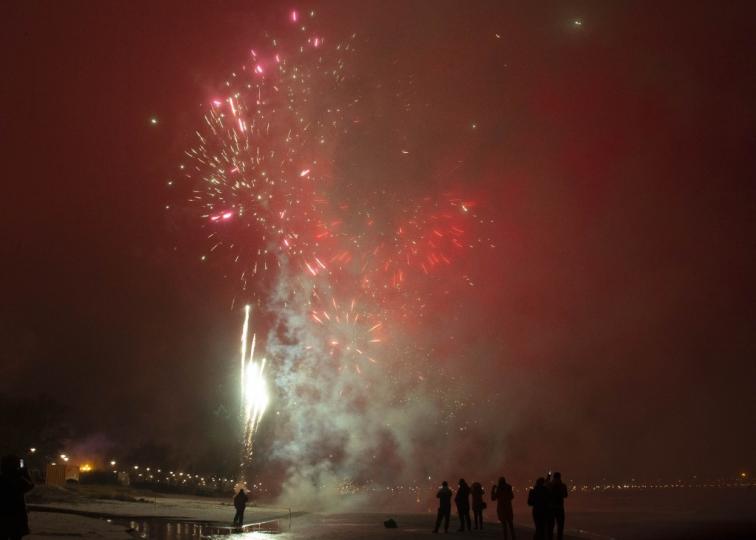 Mayor Mihhail Kõlvart noted that the traditional concert and fireworks display will not take place on Vabaduse Square this year, but the city will offer several alternatives to enjoy the spectacle. "It is not possible to ensure the dispersion of people in Vabaduse Square, so for the second year in a row, we decided to organise fireworks in multiple locations. They will take place in six districts so that everyone can find a place to enjoy the fireworks," said the Mayor. "I would also like to call on the citizens not to organise fireworks on their own and enjoy the spectacular displays, which will be carried out safely by professionals. This will ensure people's safety and the well-being of their pets, as well as keeping the environment cleaner."

In the City Centre, the fireworks will be held on Inglirand on Reid Road, with an area large enough to ensure spectators are not distracted and still have a great view. The fireworks show can be safely observed along the entire beach promenade and from further afield - on a clear day it can be seen from the City Centre to Pirita, with good views also available from places such as the Lasnamäe cliff top and the Song Festival Grounds. The spectacle is further enhanced by the sea, which provides an excellent backdrop for the fireworks.

The city's highest salute will take place in Pirita, where it will be launched from the 175-metre Tallinn TV Tower. The firework will be clearly visible from Pirita, Lasnamäe and City Centre, for example from Pirita beach, the Vabaõhukooli Road and Mähe settlement.

In Haabersti, the fireworks display is traditionally held by the Õismäe pond, in Mustamäe by Parditiik (Duck Pond) and in Põhja-Tallinn at Stroomi beach. There are no separate fireworks displays in Kristiine and Nõmme districts.

Agnes Blank, Marketing and Communications Manager of the Estonian Society for Animal Welfare, added that flashes and bangs are frightening for many animals and can make them behave unpredictably. "During the firework season, more dogs run away than usual and it is impossible to ensure the safety of a frightened and stray pet. However, other animals are also disturbed during this time, and can run onto the road in fear, for example, and put people at risk," said Blank. "Let's consider each other and spend the holidays in an animal-friendly way!"