A total of 132 ideas proposed by active citizens in Tallinn's eight districts will be put to the vote next Monday. 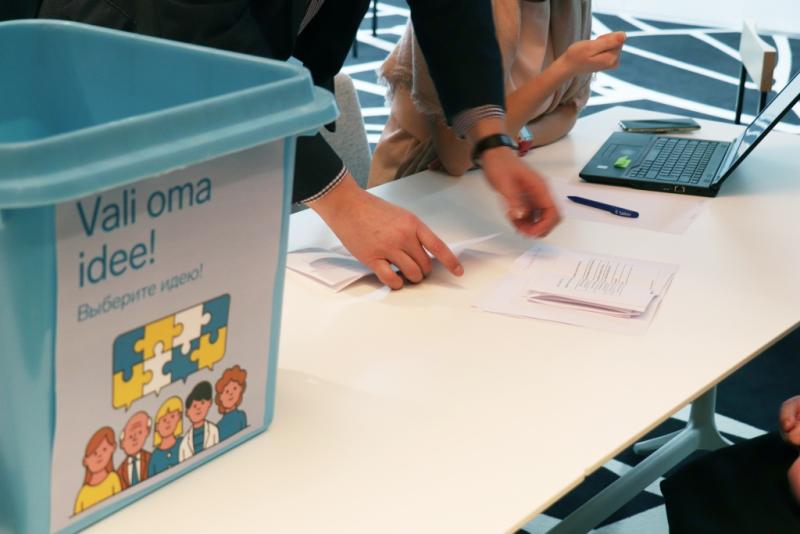 The largest number of initiatives will be put to the vote in the City Centre District, where residents will be able to choose between 26 ideas. In Haabersti, 20 ideas will be put to the vote, with 14 in Kristiine, 15 in Lasnamäe, 14 in both Mustamäe and Nõmme, 18 in Pirita and 11 in Põhja-Tallinn. All submitted ideas can be found at /eng/participatorybudget/Voting.

"By submitting their ideas for the participatory budget and voting for the ones they like, Tallinn residents can effectively express what kind of living environment they want and what should be done to achieve it," said Vladimir Svet, Head of Lasnamäe District Administration. "Proposals in the participatory budget process also give the city authorities feedback what developments are needed in the urban space. Similarly, we can better identify bottlenecks and find solutions to relieving them."

Voting will start on Monday 29 November on Tallinn's e-service https://taotlen.tallinn.ee/, where voters can authenticate themselves via ID card, Mobile ID, Smart ID or EU eID. In order to prevent the spread of the coronavirus, digital voting is recommend wherever possible, but paper ballots can be cast at the Tallinn City Office service hall (Vabaduse väljak 7) or at the district administrations. Every resident of Tallinn aged 14 or over will have two votes to cast for the ideas put forward in their own district. Anyone who is resident in Tallinn according to the population register can vote.

The indicative amount planned for participatory budget projects in 2022 is €1 million. The total amount of the participatory budget will be confirmed by Tallinn City Council when it adopts the 2022 budget. Three quarters of the total amount will be divided equally between the districts, and one quarter will be distributed taking into account the number of inhabitants in the district on 1 July of the current year.

The ideas to be put to the vote have been selected from the 389 ideas to improve city life, submitted by residents for the participatory budget call for ideas. A third of the ideas put to the vote strive to improve the urban environment, a fifth are aimed at children and youth and another fifth are intended to develop sports facilities. The feasibility of the ideas was assessed by a committee of experts in order to screen out those that are already in the pipeline with another source of funding, that cannot be realised in 2022 or are not within the financial limits of the participatory budget. Ideas that do not meet Tallinn's overall development objectives, or are investment projects were also excluded from the vote.