Tallinn celebrates Day of Restoration of Independence with free concerts

Saturday, 20 August marks thirty-one years since Estonia regained its independence. To celebrate this, a wide range of free concerts and family days will be held across Tallinn. 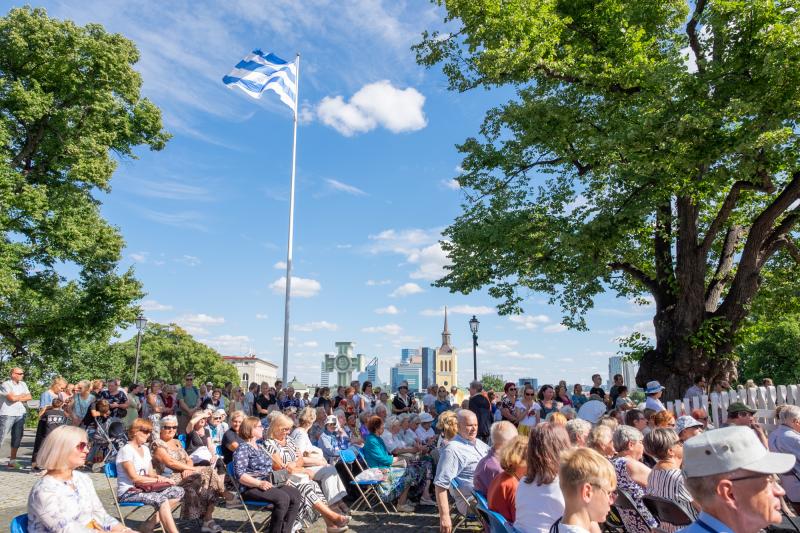 Wednesday, 17 August at 18:00, Nele-Liis Vaiksoo and the band Horoskoop will perform at a concert in the Löwenruh park in Kristiine. The concert will feature some of the most beautiful gems of Estonian music, mainly from the golden sixties, which have stood the test of time and continue to this day.

On Thursday 18 August at 18:00, a concert dedicated to Day of Restoration of Independence will start in Männi Park in Mustamäe, featuring Ott Lepland, Birgit Sarrap and the Tallinn Police Orchestra.

On Saturday, 20 August at 12 noon, a concert of patriotic songs will be held in Nõmme market, performed by Ivo Linna and Antti Kammiste. On Saturday at 14:00, the Nõmme District Government will organise a concert in the courtyard of Nõmme Maja with the band Curly Strings setting the mood.

Traditionally, the City of Tallinn will organise the festive concert for the Day of Restoration of Independence on Harjumägi, 20 August Square, on 20 August starting at 13:00. The soloists will be Birgit Sarrap and Uku Suviste, together with the Tallinn Police Orchestra conducted by Riivo Jõgi. The Chairman of Tallinn City Council Jevgeni Ossinovski will welcome the guests with a speech.

Tallinn TV Tower is also celebrating Independence Restoration Day with a family day on 20 August, starting at 12 noon. There will be activities for both young and old - shooting ranges, a weapons museum, climbing wall, slack-line, gyroscope and kiiking will all be open. There will also be an armoured vehicle of the Defence League at the TV Tower to see and drive. A concert by Stefan will start at 17:00.

On the evening of 20 August at 20:00, a performance of musical fountains can be enjoyed at Lake Pae in Lasnamäe, presenting Estonian music in a musical and visual performance in honor of the restoration of independence. The beautiful light show can be viewed from a large lakeside area.