The 103rd anniversary of the Republic of Estonia will be celebrated in each City District with various events, such as public flag-raisings, open-air concerts and an opening of a new snow sculpture park. 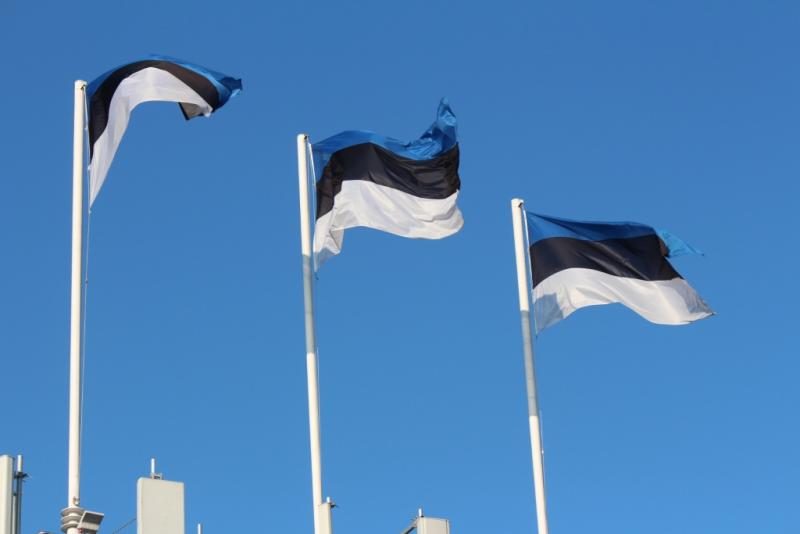 Although the COVID-19 restrictions have affected the organization of events, many safe ways have been found to celebrate the anniversary of the republic. „Estonia's birthday is celebrated in every district of the city - both open-air and web concerts are organized, those interested can participate in the opening of a new snow sculpture park, and listen to an audio program of Estonian poetry,“ said Mayor of Tallinn, Mihhail Kõlvart.

In North Tallinn, On February 23, the picture exhibition "My Estonia" of Kopli kindergarten will be opened in the lobby and in the II floor atrium of the Salme Cultural Centre.

On February 24, from 10 am to 10 pm, the premiere of an audio program based on Estonian poetry, voiced by well-known actors Hele and Alo Kõrve, Ester Kuntu and Sander Roosimägi (directed by Diana Leesalu, musical designer Veiko Tubin), can be heard in front of the Salme Cultural Centre.

In Kristiine, on the Facebook page of Kristiine district (facebook.com/kristiine.linnaosavalitsus), a concert with Hedvig Hanson (vocals), Heikko Remmel (double bass), Kalle Pilli (guitar) will be broadcast live on February 23 at 3 p.m.

In Pirita, an open-air concert will take place in the ruins of Pirita Monastery on February 24 at 6 pm. Ivo Linna, Antti Kammiste, Kaire Vilgats and Paul Neitsov, Ott Lepland and young musicians from Pirita Majandusgümnaasium will take the stage. A light installation can also be seen. The number of participants is limited, quests are obliged to follow the 2+2 rule and wear a mask. All those who wish can take part in the event online (tallinn.ee/pirita/EV103).

In the City Centre, on February 23, the Town Hall Square spruce maze in the shape of the Estonian national flower will be decorated in blue, black and white. The monuments to cultural and social figures will traditionally be decorated with tricolored scarves.

In Haabersti, a concert with Tanel Eiko Novikov, the winner of "Classic Stars 2018", will take place on February 25 at 2 pm at Haabersti Day Centre. The number of visitors in the hall is limited, in order to participate it is necessary to register in advance by calling 5624925 or 6579872. The event must comply with the restrictions in force and it is obligatory to wear a mask.

In Nõmme, on Nõmme Hill near the von Glehn statue, Estonian flag will be hoisted and the anthem will be sung on February 24 at 7.32 am. Please follow the 2+2 rule and the recommendation to wear a mask.

In Mustamäe, a snow sculpture park will be opened in Männi Park on February 23 at 3 pm, which is an exhibition of snow sculptures of cartoon characters (a total of ten 2-3-meter statues). The snow park is designed with smaller slides for very young children and a larger slide with caves for older children. The requirement of dispersion should also be followed in the park.

In Lasnamäe, Jüriöö Park, a line of honour dedicated to the anniversary of the Guard Battalion will take place on February 24. A fire is lit at the top of the park's lighthouse "Tulila" and a wreath is placed next to the monument to those who fell in the War of Independence. The event is for participants only.

Due to the situation caused by the corona virus, the schedule of events may change.

Information on COVID-19 restrictions can be found on the website www.kriis.ee/en.