Tallinn continues to develop and modernize its public transport network

According to the draft budget for Tallinn 2023, the priorities in the field of transport are the development and modernization of the public transport network and improving environmental approaches of public transport in the capital. It will also ensure that public transport continues to be free of charge for the residents of Tallinn. 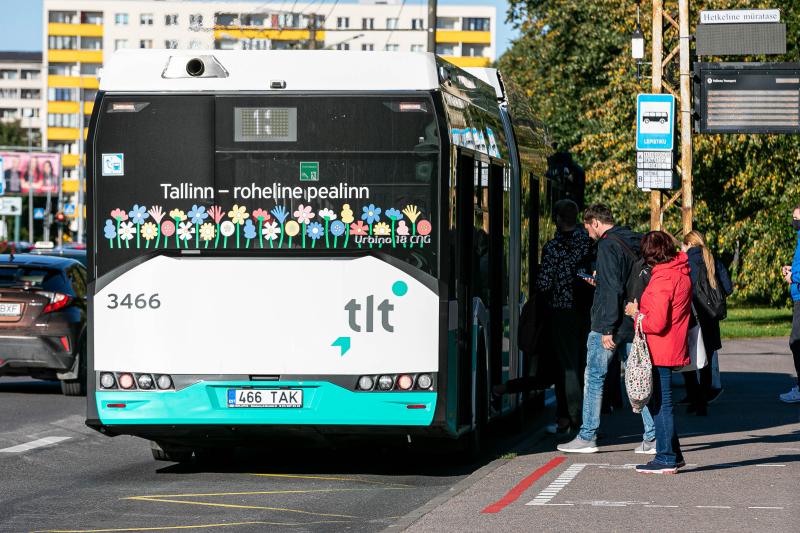 Deputy Mayor Tanel Kiik, who is in charge of transport, noted that the operating costs of urban transport for the coming year are planned at €129.7 million and investments at €6.4 million. "Tallinn has been offering free public transport to its residents for almost ten years now. In order to offer a competitive alternative to the private car, we will continue to develop the route network," Kiik said. "Providing free and convenient public transport is a necessary support measure for people coping with several crises at the same time."

According to Kiik, the city wants to acquire new trams and electric buses in the coming years, starting next year. "Environmentally friendly public transport has been a clear priority for Tallinn. In this respect, the acquisition of electric buses and the establishment of charging points is certainly significant. The total cost of the project is around €10 million, of which €1 million is planned in the city budget for next year," said the Deputy Mayor.

Next year, the city will start improving the maintenance of tram tracks and will install air-conditioning on renovated trams and voice recognition systems on public transport vehicles and begin with the replacement of the tracks at the intersection of Tartu Road, Liivalaia and Pronksi, the extension of the tramway branch at the Tondi station. The city will also start with a construction of an additional garage for trams at the Vana-Lõuna Street depot and the construction of a repair building for public transport vehicles at Peterburi tee 73. In addition, funds are planned for the launch of a public transport control center (including software), i.e. an intelligent transport management system. The installation of bus shelters, real-time information boards and timetables at public transport stops and the replacement of broken-down masts will also be continued.

In 2023, a number of externally-funded urban transport projects will also continue. The CitySCAPE project aims to study and test the cyber-security of urban multimodal transport. The project "Information exchange platform for the management of a shared and on-demand transport system" will test an on-demand transport system from the passenger's doorstep to the capital's transport bases such as the Ülemiste transport base and the port of Tallinn. The project "Implementing a Mobility Service (MAAS) to integrate public and private transport in Estonian cities" will procure a mobility service platform to integrate the different transport services offered in Tallinn into a single package with trip planning and payment services. The vision of the "Smart Public Transport Initiatives for Climate Neutral Cities in Europe - SPINE" project is to accelerate the achievement of climate neutrality by strengthening public transport systems through their smart integration with new mobility services, sharing schemes, active modes and micro-mobility.

Next year, the city also wants to start a pilot project for overnight buses, which will run from 15 May to 17 September. A total of four night bus routes will be planned in the direction of Väike-Õismäe, Mustamäe, Priisle and Pelguranna, starting at the Tallinn Baltic Station on all routes. Departures will take place on weekends between 00.30 and 04.30.