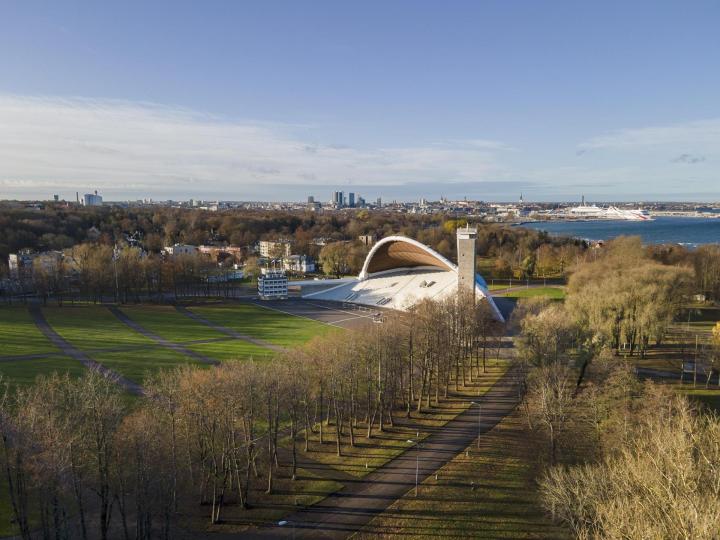 According to the mayor, there are two pragmatic needs for the development of the Song Festival site. "Firstly, we can be proud of the fact that the Song Festival is gaining in popularity and the number of people attending is growing, but with it comes the technical needs and the spatial conditions that need to be created. On the other hand, there is a need to find urban solutions for the daily use of this unique site and to create new contemporary ways for the citizens of Tallinn to spend their time in the urban space, in a way that does not compromise the preservation of traditions. In order to move forward with the detailed planning of the Song Festival Grounds, we need to create a holistic concept in advance, for which we launching the design competition. We hope to share the results of the competition with the public by the end of the year," said Kõlvart.

"We have worked very hard with a number of parties to arrive at the design competition, in order to put together the most detailed but broadly based initial conditions possible. It is a relatively complex site, where each idea needs to be approached in a considered way, taking into account the high public interest. It is clear that the Song Festival Grounds must continue to tell the story of the Song Festivals and the story of the restoration of independence of Estonia, even when new solutions are found," said Urmo Saareoja, Director of Tallinn Song Festival Grounds. "Song Festivals and major events are part of the identity of the Song Festival Grounds, and every year more and more people enjoy the greenery of our park area. We are looking to the entries to come up with clever and modern solutions on how to further develop all three of these aspects and provide the best conditions for visitors," Saareoja added.

The architectural competition to find a comprehensive spatial vision for the Tallinn Song Festival Grounds is a one-stage public design competition, the winning entry of which will serve as a basis for the initiation of the detailed planning of the grounds and for further planning and design activities. The spatial vision proposal will include the addition of new architectural projects to the complex of buildings on the site. The most important of these are a concert venue for concerts with smaller audiences, a visitor centre on the hillside of the Song Festival Grounds and a pedestrian bridge connecting the Song Festival Festival Grounds to Kadriorg Park. The aim of the competition is not to propose a conceptual design for these sites, but their fundamental identity in terms of volume. After the adoption of the detailed plan, separate architectural competitions will be organised for the objects once the final spatial solution of the territory has been determined and the spatial programme of the objects has been drawn up.