As of Tuesday, 5,703 residents of Tallinn had participated in the vote on the ideas for Tallinn's 2023 participatory budget, and a sufficient number of residents in Põhja-Tallinn have participated for the results to be considered valid. Residents can view all the ideas and vote for their favorites until 4 December on the website https://www.tallinn.ee/en/participatorybudget. 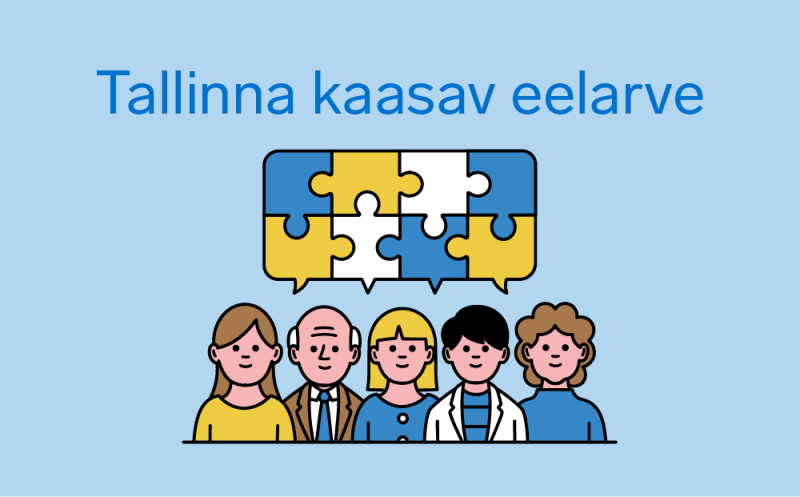 Põhja-Tallinn City District Governor Manuela Pihlap  invites all residents to have their say in the development of their community. "I would like to take this opportunity to thank all the residents of Põhja-Tallinn who are speaking out and have made it a priority to contribute to the development of their neighborhood. This is how we can shape a better future and an urban space that meets the expectations of us all," said Pihlap. "Until the end of the week, everyone in Tallinn can vote for an idea in their own neighborhood and make a contribution so that what is written as an idea today can be a reality on your street or in your neighborhood a year from now."

In order for the proposed ideas to become a reality, the number of people voting must meet a threshold of 500 voters in Kristiine, Nõmme and Pirita. In Haabersti, Kesklinn, Mustamäe and Põhja-Tallinn at least 1,000 votes must be reached and 1,500 in Lasnamäe.

Anyone in Tallinn aged 14 or over can take part in the vote and vote for two ideas of their choice in their district. Everyone can vote in the district where they live according to the population register. The project with the most votes in each district will receive funding from the city's 2023 budget and will be implemented in the following year. With an inclusive budget, at least one project per year will be carried out in each district, proposed and chosen by the district's residents.

One million euros is planned for 2023 for the implementation of projects under the participatory budget. Three quarters of the total amount will be distributed equally between the districts, with one quarter being distributed on the basis of the number of inhabitants in the district on 1 July of the current year.

In order to promote urban life, a total of 414 ideas were put forward, of which 114 qualified for the vote. The feasibility of the ideas was assessed by a panel of experts. From the ideas submitted, those that already have other sources of funding, cannot be realized in 2023 or are not within the financial limits of the participatory budget were cut. Ideas that do not meet Tallinn's overall development objectives or are not investment projects were also excluded.

This is the third time that Tallinn is running a participatory budget with the help of its citizens.

More information about the participatory budget is available here.