Tallinn has once again been selected as one of the top ten medium-sized cities in fDi Magazine's ranking of the best foreign investment destinations - the “European cities and regions of the future”. 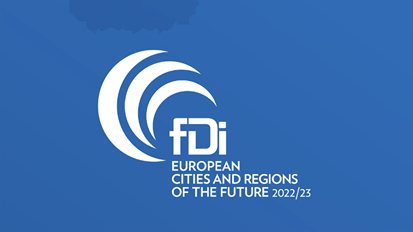 In addition to ranking seventh overall, Tallinn was ranked second in the sub-category of human capital and lifestyle, which measured participation rates, education levels, knowledge and skills. Tallinn came fourth in the ranking for business friendliness of the entrepreneurship and investment environment.

"Tallinn's ambition is to be at the heart of the smart and green economy in Northern Europe, and this award shows that our efforts have been noticed. A good business environment relies on smart and creative people, and the city is helping to foster this," said Joosep Vimm, Deputy Mayor of Tallinn. "I would also like to underline that the fourth place in the Business Friendly Environment for Entrepreneurship and Investment is significant. It is precisely the activity of high value-added sectors and the way in which the city helps companies to implement new technologies and business models that was assessed. This is an important recognition."

The fDi Magazine rankings, published by the Financial Times and aimed at FDI professionals, are produced every two years. Mid-sized category recognizes cities with either an immediate city population of more than 200,000 and an urban area of more than 750,000 people, or an immediate city population of more than 350,000. Tallinn has been mentioned among the TOP10 mid-sized cities in various categories since 2012. This year`s ranking in overall score is the highest so far. Compared to the ranking of 2020/2021, Tallinn improves its position by one place.

The attractiveness of a city or region as a destination for foreign investment is assessed in the categories of economic potential, human capital, cost-effectiveness, infrastructure and business friendliness, based on nearly 90 different statistical indicators. The competitiveness ranking is based on 356 cities grouped into five categories according to population size.

The fDi Magazine awards were presented at the international real estate and investment fair MIPIM in Cannes in March, where Tallinn hosted a joint stand for the tenth time, bringing together Estonian companies from the fields of real estate development, funds and asset management, architecture and real estate technologies.