The Tallinn City Government has assigned the name of Ukraine Square to the so far unnamed square in Lembitu Park in the Sibulaküla subdistrict of Tallinn city centre. 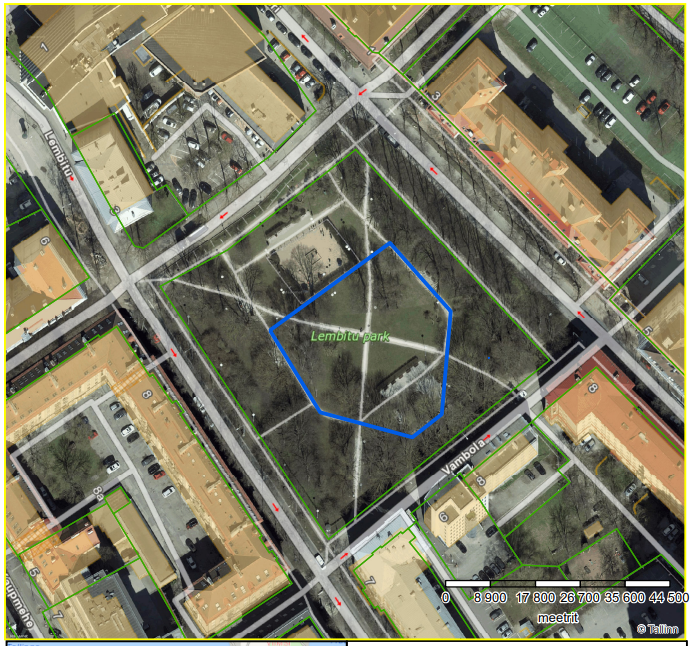 "Tallinn considers it important to show support for Ukraine, which is currently at war for all of us. Therefore, we have given the name of Ukraine Square to a place of symbolic value in the centre of Tallinn. We will transform the square into an urban symbol of Ukraine's current tenacious resistance and defence of its independence," said Madle Lippus, Deputy Mayor of Tallinn. " The building of the Ministry of Foreign Affairs and Iceland Square in the vicinity will form a symbolic ensemble with Ukraine Square."

Ukraine Square is located in the centre of Lembitu Park, which lies between Lembitu, Vambola and Lauter streets. Lembitu Park is named after an ancient elder and military commander who defended the independence of Estonians against invading crusaders in the 13th century. Symbolically, The fact that the historic buildings of the area were almost completely destroyed in the March 1944 bombings of Tallinn by the Soviet air force is symbolic as it parallels the similar destruction wrought by the Russian military in Ukrainian cities today.

The Tallinn Urban Environment and Public Works Department, in cooperation with the city's sectoral authorities, will develop a comprehensive urban spatial solution for Ukraine square and Lembitu Park.

The Tallinn Naming Committee discussed proposals for Ukrainian names for streets, squares and parks in Tallinn and recommended that the city government consider three of them – in addition to Lembitu Park, the Esplanade on Kaarli Boulevard and the Green of Uus Maailm.

Photo: the site plan of Ukraine Square in Lembitu Park